Nominees must be UNC-Chapel Hill staff members who have been involved with
Operational Excellence at the University level (design) or in their school, department or unit
(Implementation) and have demonstrated excellence in one or more of the following areas:

Please stay tuned for more details about the next Operational Excellence Award nomination cycle. If you have any questions about the award or nomination process, please contact Nick Sengstaken at nick.sengstaken@unc.edu. 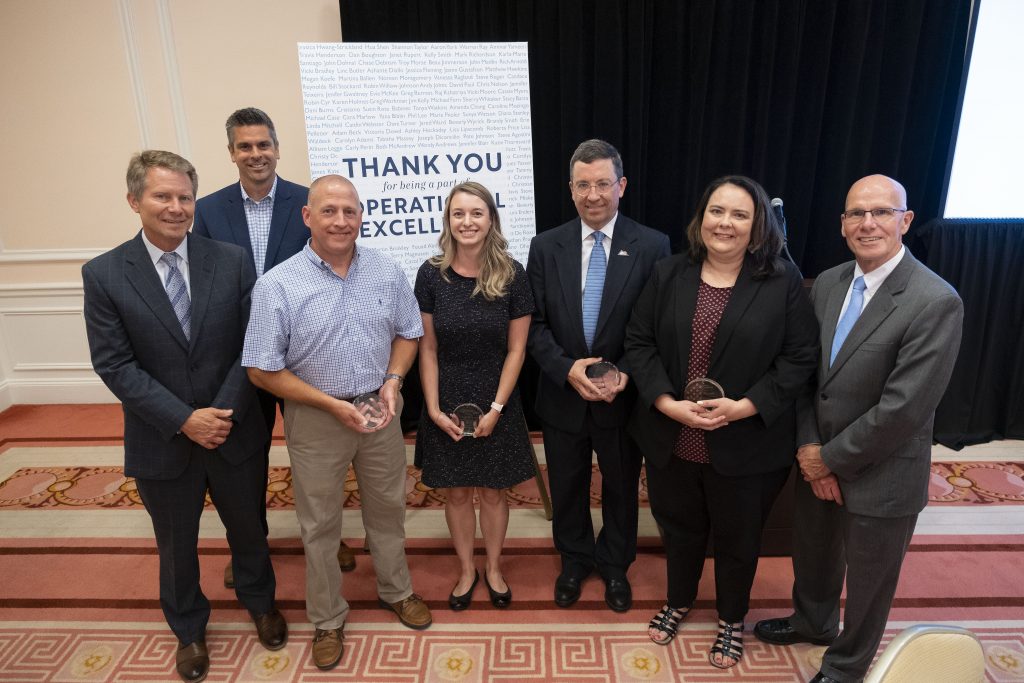 The winners of the inaugural Operational Excellence Award were announced at the One Year of Operational Excellence event on Thursday, Sept. 12, 2019, which celebrated the progress that has been made on the initiative’s goals since it launched in September 2018 and the people from our Carolina community who made it happen. An award was given in each of the three categories for which we solicited nominations: improvement, collaboration and leadership.